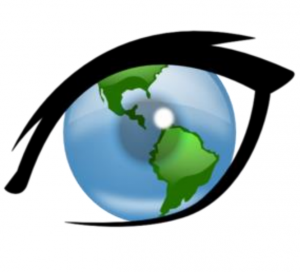 Many of you will have seen on my marketing and lots of my blogs, I refer to myself as offering Domestic Abuse Consultancy services, UK wide to overseas. Many people have started to ask a little bit more about the overseas element. There have been several queries and requests over the years, but in more recent times, this international work seems to be being requested more and more.

So far, I have been asked to go and teach the Freedom Programme to 25 different universities in India that all service Degree courses in Social Work, which as yet, has not come to fruition, unfortunately. That would have been quite an expedition, as well as a great opportunity to inform practice, which eventually starts to change cultural practices over time. What a fantastic way to invest in an education, on social culture in just one part of the world, granted a very busy part, but then most of the world is.

So we’ve gone from sort of pipe dreams, too in more recent times, a reality. Earlier this year, I delivered the keynote speech to open the first domestic abuse conference in Cyprus. This was commissioned and the whole process managed, by SSAFA, the charity that supports British Military families working and living overseas. This was a fantastically oversubscribed event, in the audience along with SSAFA staff were Military personnel as well as Civilian services. It was also attended by representatives of commonwealth diplomat office that are based in Cyprus. So there was a real good, wide breadth of roles and perspectives, from grassroots working in the schools, health services, social care practices, through to top ranking police officers; British, Military as well as Civilian. The information I was able to provide through my Key Note speech, was very well received and improving practice through an increased understanding of domestic abuse, is only going to be for the better good of those they work and live with.

Since returning from Cyprus, there have been a few other queries. A request and interest from a small charity in Sydney, Australia – very exciting, to think of the prospect of getting Freedom Programme training within their staff team and their practices so far from the home shores. Obviously, for a small charity, it’s a lot of cost to set up an in-house training overseas as you need at least 15 paying delegates to be in attendance, on top of the costs to get me there. But with the magic of conversation and networks, I managed to hook them up with another larger charity, who run a service in Sydney as well, and see if they could collaboratively commission the in-house training for me to fly over to deliver the three-day Freedom Programme training to them.

So this is becoming more tangible and more of a reality as the world seemingly gets smaller and smaller. Additional to all that activity, I have had a query from a military base in Germany wanting me to go over there to deliver the training too. That was on the basis of not just having a good tool in their practice kit, but for the staff that work within that military base in social care, education, health; that they are enabled to keep their skills and training up-to-date as they would if they were still working and living here in the UK.

I have had a few interesting conversations where people have asked, ‘how have organisations have found out about the Freedom Programme and my services’. I’d like to think that as with a lot of my customers, UK-based in particular, who do find me via the website – that that is how. But my website obviously is linked to the Freedom Programme website, which has a much longer-standing and bigger following as far as importance in listings to Google go. Which also always lends to additional visibility.

But, one thing that people probably aren’t aware of is the fact that the book, Living with a Dominator, more so than the other books published by Pat Craven, sell in their hundreds to buyers of the publication overseas, across the world, on a monthly basis. So the message, and the knowledge, as well as the invaluable understanding of domestic abuse is reaching further, and further, and further afield. Hence, we’re getting the requests come through to be able to go and deliver the training outside of the UK.

These enquiries over time would be fantastic way to enable professionals the world over; to deliver the Freedom Programme to groups or to use it as an assessment tool within their own services and practices. People also have been known to mention to me, “But Living with a Dominator is very stereotypical, heterosexual, UK-culture based.” Cultures change constantly; there are significant differences across them all – except in relation to violence against women and girls, where core beliefs are enabled through our global patriarchal structures. Where I’m based in particular, in Leicester, we’re exceptionally transitional and there’s new blends of cultural practices coming in all the time because we’re a host city and we are very small as well, so it’s more notable when we have new communities come to join us – but when women attend the Freedom Programme; wherever they are from originally, it still resonates with them.

When you think of culture in the wider context, as in education provision and curriculum content, healthcare provision, law systems, and the actual law in any given part of the world, there are elements of culture which are not exactly the same as they are here in the UK.

So there will be, as there is in every country including here, plenty of laws, practices, and policies that collude with perpetrators, perpetuate the issue, and victim blame, ultimately this lends to the cycle to continue generation after generation, it leaves victims no way out and all too often, it leaves them with increased vulnerability and frequently murdered. There’s no other way of saying it really.

So to have this fantastic tool that really seems to be taking a big launch of more recent times, it is absolutely exciting beyond exciting and I just wanted to share that with you all really. If you would like some more information about the Freedom Programme, then you can obviously have a scoot around my website. Or you can purchase the book yourself and read it in its entirety as thousands of people do on an annual basis. Or why not drop me a line to discuss any specific queries you might have – wherever in the world you are.